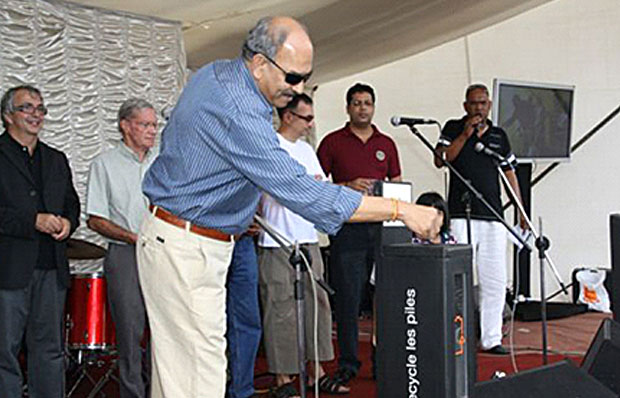 The official launch of the National Campaign took place at the Municipality of Curepipe on 24 October 2010 in the presence of Hon. Deva Virahsawmy; Hon Michael Si Yuen, Minister of Business, Cooperatives and SMEs; the Deputy Mayor of Curepipe and Mr Sarat Lallah.

To facilitate the collection of used mobiles and batteries from the public, a large number of small collection boxes are being made available in shops, supermarkets, Government and private offices and many other sites across the country.